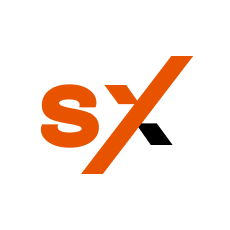 Print to Document Technology: Printing with the Help of a virtual Printer

P2D enables you to install virtual printers on Windows PCs. The printer is virtual because it operates without a separate physical device; it doesn’t actually print anything. The printer’s task is to “trick” the program that is trying to print and obtain the data in print- (or PDF-) ready format.

Despite its virtual nature, the printer behaves just like a real printer. When the virtual printer is installed, even the operating system cannot detect a difference between it and a physical device. It’s installed in the folder where all the other printers are located and the end-user will have no problem using it with any program that can print.

While early versions of Print to Document were used solely in soft Xpansion products, since the 5th version, it’s been available to developers as a separate, independent product.

Since then, it has been installed more than 200,000 times as part of dozens of printing, publishing and PDF products. Thanks to its high quality and stability, the number of support calls has remained very small.

The 7th version has seen more revisions and improvements than its predecessors, bringing it up to date for the Windows 7 world. The current version no longer supports older systems like Windows 95, 98, ME and NT4, and is thus less restricted and more effective and flexible.

Next-gen operating systems like Windows 7, Windows Vista and Windows Server 2008 present new standards and challenges for software development. 64-bit architecture is a milestone. The new operating systems are widely used, not only in the business sector, but at home, too. The current version of Print to Document has been adapted for such architecture as well as for networks running these operating systems.

We’ve also extended Print to Document’s functionality and efficiency while maintaining the high degree of stability and reliability of the core technology.